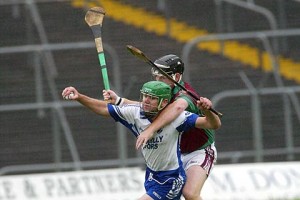 The most surprising aspect of the first of the Meath SHC semi-finals at Pairc Tailteann on Saturday was the winning margin as Kilmessan cruised through to another Jubilee Cup decider.

Goals from corner-forward Danny Maguire after seven and 20 minutes set up the former champions for a victory which was in the bag at the halfway stage when the board read 2-6 to 0-2.

Following their big replay win over Dunboyne, Kiltale were expected to put up another bold show but although only two points in arrears at the end of the opening quarter, they went 34 minutes between their second and third scores.

In a less than entertaining encounter, 10 of the 14 points registered were shot over from placed balls. Nicky Horan sent over seven points, six frees and a 65 while John Donoghue was the only scorer of a point from play for the losers.

That Donoghue score should have inspired Kiltale as the centre-forward rose to catch the sliotar and fire between the uprights. But, sadly for neutrals and supporters of the 2007 champions in the good sized crowd, it did not.

Ger O’Neill, who had opened the scoring, supplied the cross for the first goal and Maguire latched on to a pass from Charlie Keena to net the second major score.

Kiltale needed a strong start to the second period in order to make a match of it but that was not forthcoming. But instead Horan increased the lead two minutes after the restart and the dismissal of Peter Reynolds on receipt of a second yellow card on 42 minutes did not inconvenience Kilmessan.

Soon after the dismissal Charlie Keena and Eoin Marsh hit points from play and when Peter Durnin slotted over a free it was Kiltale’s first score for more than half an hour. The teams were again level numerically after 55 minutes when TJ Lynch, who was only a short time on the pitch, was shown a straight red card.

Referee Fergus Smyth allowed seven minutes of added time during which veteran replacement, Cathal Sheridan, grabbed a goal and Durnin converted another free. But those scores were little consolation to hapless Kiltale.