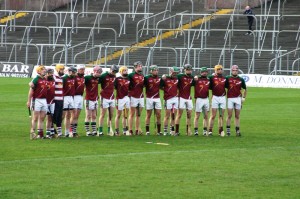 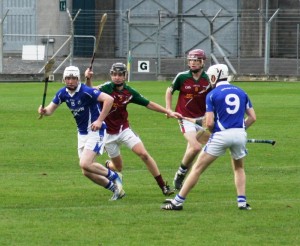 The first half was a dour affair, particularly from a Kiltale point of view. Kiltale opened the scoring in the first minute with a Jack Regan free after a foul on Forde. There were some good passing moves from the men in maroon but ultimately they were wasteful in front of goal. Eleven wides and no scores from play tells the tale. The high wide count seemed to suck the energy out of the game however it didn’t stop Kildalkey from opening a commanding 0-07 to 0-02 lead over the course of the following thirty minutes. Kiltale finished the first half scoring with Regan, who added a 65’ in the thirteenth minute, pointing a free in injury time. The players headed to the dressing room with Kildalkey ahead by 0-07 to 0-03. 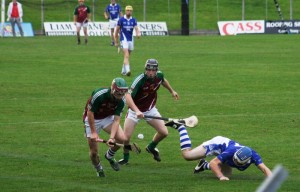 Not for the first time this year, Kiltale came out with a considerably improved performance in the second half tagging on three points in the opening five minutes of the half. Mark O’Sullivan raced onto a loose ball after McCabe blocked a clearance and fired over. This score was followed up by two more frees from Regan which sandwiched a solitary Kildalkey score. It looked like the game was finally going to spark into life but the jitters in front of goal took over again and the next twelve minutes were barren apart from one Kildalkey point in the eleventh minute.

The game was badly in need of some scores and Kiltale obliged with six points in the following eight minutes to turn a three point deficit into a three point lead. Regan came to the fore again tagging on three points in a three minute spell to leave the game level at 0-09 each after twenty minutes. Kiltale sprang the Ryan twins and Fearghal McCabe from the bench to add a new impetus to their attack. All three made notable contributions hassling and harrying the Kildalkey defence and creating a number of scores most notably in the twenty fifth minute when the three combined to create a chance for Regan which he duly converted. Ross Ryan and O’Sullivan were also on target as Kiltale now lead by 0-12 to 0-09. 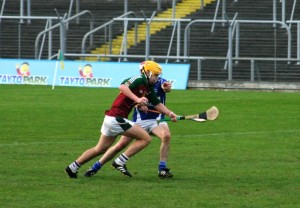 The margin was reduced to a dangerous two point cushion when Kildalkey pointed a free. Cathal McCabe immediately cancelled out this score and Forde added the insurance point early in injury time to take a four point lead. Kildalkey did press for a goal to save the game but a strong tackle by Donoghue denied one opportunity while another was saved by McGann to secure a three point win on a scoreline of Kiltale 0-14 Kildalkey 0-11.

Earlier in the day Trim overcame Dunboyne in the first semi final by three points; 0-17 to 1-11. As per the master planner, the final is expected to take place in two weeks time on the 12th of October. 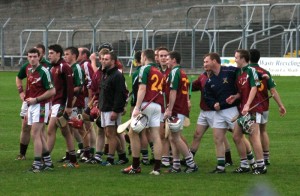